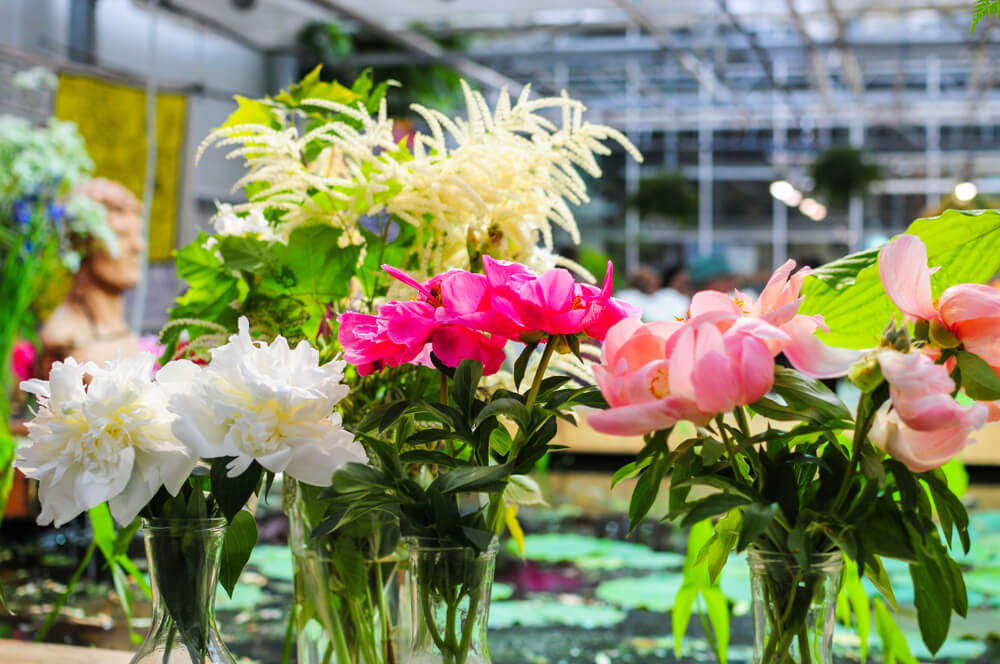 In attendance would be wedding florists and planners, landscapers, artists and the general public. Popular categories where competition would be stiff would include Flower Vendor of the year, Leading Floral Designer, Best Quality Grower in different flower families be it, roses, alstroemeria, carnations; Best Wedding Florist and many others.

The few times F.M had driven to Nairobi probably for an official engagement or just to attend a social event, he wouldn’t fail to sneak along a neatly packed and freshly cut flower bouquet for Shiku. Occasionally he would meet her in town mostly when in a hurry and after a much-needed coffee date, F.M would drag her to his car, open the rear door and do the honours of handing over his trademark souvenir. When lucky, Shiku would get a parcel delivered at her doorstep with her gift packed in the usual Kirurumo Floralife Ltd export box. She’d relish the treasure of winning a married man who not only spoils her with surprises but floral gifts, for that matter.

You see, Shiku got hooked to the floral culture so badly such that if you checked to her expensive apartment in an area preferred by rich female students who probably date politicians or filthy tycoons, her digs would in no doubt, welcome you with the graceful radiance courtesy of the flowers gazing from the long and curvy glass vessels. It would be a case of flower buds opening up to absorb every dull moment and petals coloring her home ambiance, be it to more glory. As a result, her house would always be in high spirits brought about by the aura and charming nature from F.M’s flora surprises. You’d find a well-knitted bouquet of red roses mounted on both sides of her 54 inch slim TV, while a collection of pink, yellow and white spray carnations would overlook from the four tall corners of her table room. The dining table would also usher you with the fresh smell of red alstroemeria competing for your attention equally with the host.

When in low moods especially when F.M would primarily spend longs days in the office and retire home to be subdued by his magnanimous wife and his two little toddlers, Shiku would console her sorrows through her best friends; occasionally smelling off the Kirurumo fresh cuts, hoping for a better day, tomorrow.

So, on this day they drive to Timau a small town 30 kilometers past Nanyuki. An exciting bubbly journey of two lovebirds whose relationship was born in an entertainment house, their bubble bursting to life almost immediately, coalescing and clouding their lives to this day.

F.M would drive to Nairobi carrying along his guiltiness of cheating his lovely wife. Their eyes would quickly meet and hang in there basking in the lame stares as F.M got carried away by Shiku’s heavy lipstick. Their chemistry being undeniably baffling and wired too tightly, they’d spare a minute to honour an intimate hug that would arouse their sleeping romance. Shiku would be donning a strapless African print jumpsuit with an elaborate bosom allowance that would carve out her flirtatious body. Resting on her well-endowed cleavage would be a pricey piece of art – a canon camera, while hinged above her eyebrows would be her travelling sunglasses. She’d put on a jungle green safari hat that would overshadow the many layers of makeup she wore.

F.M would be in slim navy-blue khaki pants nicely resting on his fur-laced grey boots that seemed to cost an arm and a leg. He’d be in tight-fitting short-sleeved trendy shirt holding firmly his bulgy pot belly. His chins would be marooned by a freshly trimmed beard, hiding in a Tiger Woods cap that seemed to shed off of his age. His bulging arms would expose the NBA legendary sportsman Michael Jordan tattoo, underlying his love for dripping the orange ball.

They’d make a sojourn at this place after Kennol driving to Makuyu where nyama nyoma booths come in plenty, welcoming one with the succulent smoke wading its way to the blue sky before getting absorbed at the glare of the midday sun. They’d be served by a Mr. Kigaithu, a lad with a shiny but evenly smooth face, perhaps due to drinking too much thick oxtail soup. His face would easily give way to an authentic smile as he tore apart the freshly cooked stake into small cuts. Proceeding further, they would make a stopover at Kambiti in the season of mangoes, a semi-arid area, pulling off the road for some Black Label moment and a couple of camera shots.

Two hours later they’d be making their way to Nanyuki where they’d check in at this mall hidden on your way to the airforce barracks road. F.M would dash to the spacious gents’ room that’d usher him with a playlist from John Denver – Country Road music, playing in the background. It would ring a bell that he ought to call his people and almost spontaneously he’d be waiting on the other side of the phone for the wife to pick the damn call. He’d sound excited on phone possibly because of checking in Nanyuki – a tiny town wearing an oversize coat of fame, thanks to both good and bad reasons. But as they say, good or bad publicity is good publicity. F.M would inquire about his affectionate little-ones but the wife would hang up as she drives past the cops.

F.M’s wife was such a high-energy business-oriented charming woman who had the rare ability to look after their diverse empire from poultry to the gigantic furniture house along Mombasa road, to their breeding business. For starters, F.M reared young bulls buying them when they were about 3 months old at about 15k and selling them off 6 months later for a tidy margin.

They’d buy some drinks and more refreshments as they sped to Timau a way smaller town overshadowed by its magnificent flower farms dotted on every opposite stretch of the highway. They’d make it by mid-afternoon to the flower show, checking in to the main tent that would parade an avalanche of colours rising and falling to beautiful flowers dotted across the tent. One end they’d be umbrella-shaped patterns of well-arranged pieces of art – call it flower watching. But first and foremost, they’d pose for some photos behind the gigantic background reading 2020 Timau Flower Workshop, inscribed within the eye-catching calligraphy. The show theme would ride on instilling the flower culture in Africa, basically trying to expose and heal the humongous cultural difference between Africa and the rest of the world on matters flowers embrace.

Proceeding further, they would join a group that was taking notes on tips of flower arrangement and hands-on floral planting. Shiku’s countenance would visibly melt in excitement as she was a huge floral enthusiast thanks to Mr. F.M. The trainer would effortlessly expound on different designs that should be used to artistically blend flower colours; simple exercises that would be done at the comfort of one’s house.

In a different tent, they’d gate crush a workshop on floral pest control. What seemed to move the audience would be the heated debate gravitating around the historical argument between organic pest control vis a vis chemical control largely viewed as the contemporary control. What is more cost-effective? What is less harmful to the soil? What is more reliable? In a nutshell, all these questions would be debated by a panel of experts backed up an audience composed of growers, pest control vendors, gardeners and largely, flower enthusiasts, each armed with an opinion regarding the topic.

Walking through the fragrance that smelt fresh as it equally dazzled, they’d make it to the show stopper tent where flower exhibits from renowned growers were competing in different species as amateur and professional photographers seemed to be trying hard to take the best floral shots. This was an area where one could learn so much about specific plants and market trends.

In a different tent, there would be everything about the green economy. Researchers, conservationists, educationists, and environmental experts were housed under one roof highlighting pragmatic ways of making the planet safer for the ecosystem which would sum to lowering global warming effects. Here, sessions would range from botanical gardening to how it influences biodiversity, to soil analysis topics and alternatives of green-house floral farming.

Wrapping up the day, and tired of smelling different scents and watching the flowers, they’d retreat to the main tent where professionals would metamorphize to revelers, partying as they networked and as the night wore.

One thought on “MILLENNIAL ZONE 022: JAMBOREE”