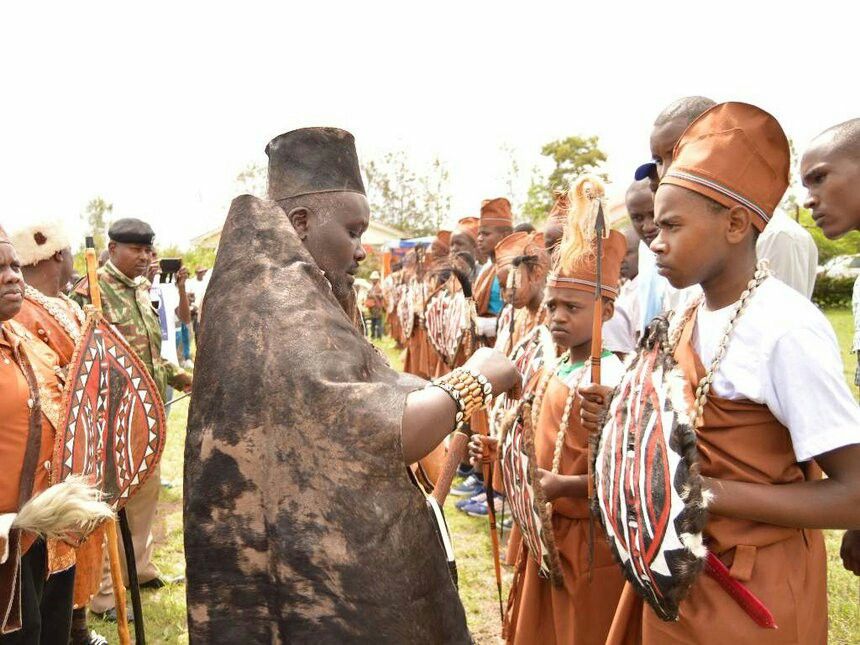 Circumcision is one of the most revered cultural practices in my community. It is a mark of transformation and liberation, if you may. Liberation from childhood manners and anything that demeans boyish attributes. The physical mark that is painfully entrenched to the young man is a gate-pass to the lawns of adulthood. In a nutshell, it’s an achievement that serves as a height of brevity.

You see, this stage is such a big deal as ordinarily, welcomes the boys to the corridors of being the community’s pillars, so to speak. But not only does it qualify them as young men but more pertinently, bequeaths one with a whole wealth of social significants, for instance, being full members of the society including, equipping them with a hefty list of responsibilities.

While that is easier said than done especially in recent times when good morals have taken a heavy beating, we can’t wish away such an important cultural activity. However, the act is not cast in stone in that it automatically turns one into a responsible and fully-fledged young man. Ideally, it should be supported by frequent follow-up mentorship forums just to mould the young men to fairly principled youths who can’t easily be washed away by the evil millennial torrents.

At this juncture, it’s important to appreciate that there are organized men associations out there that are working tirelessly hard to foster good cultural practices that remain significant to the community. Of importance is to note that they are coming in handy to support the negated boy child who has periodically suffered at the expense of other emotive issues. For the last 5 years or so, they’ve strived to fill the void that the boy child has been subjected into overtime, by mentoring the boys and serving as credible role models. With the absence of credible role models for boys and young men to identify with, has in itself worked as a destruction to these generations.

That said, there has been controversy triggered by the role the church is playing as far as circumcision of boys is concerned. Now, to avoid being buried in the sensation, we should ask ourselves, who is supposed to circumcise the boy or rather put it differently; who is supposed to play the central role in the initiation stage of boys?

Tough as it may, traditionally, it was conducted by the elders. Why it was an elders-affair-only was for a very simple reason. They were and still are the cultural gatekeepers. No other institution or individual can challenge their authority as far as cultural knowledge is concerned. Nevertheless, with the global advancements revolutionizing the way of doing stuff, many African cultures risk being overridden and completely forgotten, if that hasn’t happened already. In the last 3-5 decades or so, elders in many communities got bypassed in the whole business of circumcision. Many families developed a preference for medical practitioners just to ensure hygiene was observed and that qualified personnel handled their sons. Actually, the best word to use is, Professionals. Yes, pun intended!

As time moved, so was religion taking root in the African context. And as you’d guess, the church jumped right in as the cookie crumbled. While this transpired, many elders outfits resulted to either being mum or outnumbered. They were seen as social outcasts and their beliefs considered unbecoming. But this didn’t erase their disquiet or tilt their views. Luckily, in less than a decade ago, tables turned. Quietly, the quest from middle-aged men yearning to become members of elders’ associations started gaining momentum. Some sections of the media started embracing these outfits too and inviting them on air.

And as if that was the lucking springboard, these cultural outfits seem not to look behind but to mop out every young man worth his salt to join them. And it’s a good thing. I will tell you why:

It’s only in these outfits that one comprehensively gets to learn about virtually anything there is to learn in a culture. At least in my community, they’ve proved to be extremely resourceful to mentor the boy child, instill values that were lacking before, pass unlimited cultural knowledge to the young men and serve as a center to diagnose a community’s challenges and propose solutions. This goes without mentioning the unmeasurable avenue of networking for the boy child and rewarding one with a sense of identity.

While this has been unfolding, it hasn’t sat well with the church. Men of the cloth have not only bashed the elders at least in some quarters but dared their male members to join such outfits. For the record, the Presbyterian Church of East Africa(PCEA) which is one of the most populous religions in this country(Kenya) advised its members to keep off a Gikuyu cultural practice referred to as Mburi cia Kiama which involves slaughtering of goats and relaying cultural studies to Agikuyu men. The elders in return, have not taken the accusations lying low. They’ve termed the ban as unwarranted and misguided since they are not in the business of fighting religion.

It is such sharp division between the church and cultural organizations that has yet again raised the lid on who should administer the circumcision act. While the elders believe they are the chief custodians of a community’s cultural resource bank, the church is riding on contemporary realities and the rule of Christianity. But it is in the wake of such quagmire that saw a section of residents of Murang’a protest due to a particular church having outsourced a seemingly fake doctor to oversee the botched circumcision act of male boys. The victims were painfully compelled to undergo the act again, this time by the elders.

One might hypothetically ask if these elders have any background in medical know-how? The answer would be; these cultural organisations have men from all walks of life and in different occupations including highly regarded doctors in this country.

That aside, more seem to be rocking this enviable stage of a man, as criminal gangs have taken upon themselves to radicalize the young boys soon after they face the knife. Dozens if not more victims have lost their lives in the recent past out of falling out with these villains and many more left for the dead having been grossly maimed. These gangs are loosely woven militias trying to fill a void of who should pass on the cultural knowledge to the young men.

The boy child is at a crossroad – To keep up with the church as it figures out how to go about the heavily important cultural act or warm up to the elders for the much-needed blessings and acquisition of knowledge. While these two institutions can have their interests harmonized, a section of the church fraternity does not seem to appreciate the role culture plays in mankind’s life. As that should be addressed, so should the criminal gangs radicalizing and misleading the youths be completely mopped out, for the safety of our young men.

In other words, the boy child has a lot of battles to win over or risk perishing in unchartered world that our forefathers sacrificed lives to safeguard!