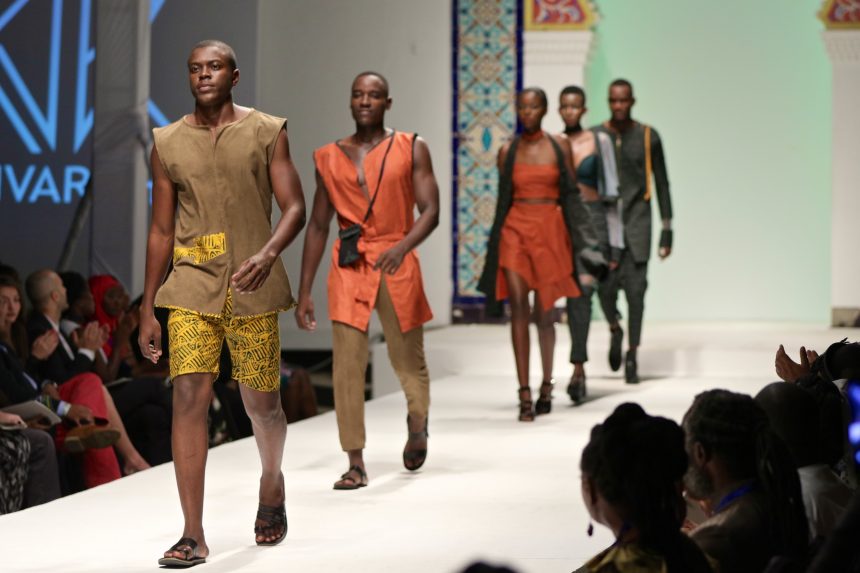 Who doesn’t look forward to cultural week festivals while in campus? It’s one week where students get supercharged for all the activities taking place concurrently. Be it sports, modeling, drama, music, dancing competitions, name them; it’s basically a galore of bliss and entertainment. What’s more could a student wish for?

At Matiba University of Science & Technology (MUST), usually is a melting point for divergence of cultures in such a week. This year was no different. With the increasing number of international and local students over the years in this institution, the cultural diversity has been growing by leaps and bounds. This year’s theme was dubbed Celebrating Diversity & Heritage through Peaceful Co-existence. The long list of activities that went through panels of judges included; Literature & Theatre Arts, Food festivals, Fashion & Film, Martial Arts & Bodybuilders, Modelling & Dancing competitions, Photography, Sports & beauty pageants.

The Literature & Theatre Arts section was quite broad with sets of judges keenly scrutinizing presentations. Under it were contests in; Blog of the year, Plays, Poetry, Short stories, Young Authors contests and a keynote address by a guest speaker from African Stories Publishers. Njagi participated in Poetry and really impressed. Sly, couldn’t help watching her buddy go hard on his poetry lines. She was carried away by the long pauses calling for retrospection as he crossed from one paragraph to the other. She watched his forehead veins bulge and for the first time, was flattered by his height. Njagi was clever not to cross her eyes. I mean, going by Sly’s gaze at him while sitting at the second row of the hall just after the judges, one would tell there was more than met the eye.

The scorching sun, sending its heated rays far and wide. The dry winds blowing from the highlands to the plains. Women agonizing over the looming famine as they walk for kilometers, in search of an oasis just after the floods swept everything a few months ago.  Disillusioned men bogged by life, juggle for long, in quest of casual work, all in futility. Toddlers crying for a mama’s breast to quench a thirst.

In another world, somebody is running up and down chasing elusive dreams. Trying to beat deadlines. Cruising with self-centered personalities. Massaging egos of his seniors. Is this all about life?

The world is run by corrupt dealings and mega scandals after which we are promised no stone will be left unturned. But what is turned, is a new phase of the forest, as the monkeys remain the same. As soon as they retreat back to their boardrooms, another scandal is drafted. Come election time, we are all carried away by the idiotic plague of mtu-wetu syndrome.

Withholding information and getting away with it. Building careers, tenderpreneurs and crumbling them for laying people’s wives and college kids.
Stalking is what we do all day on social media. Overrated personalities and insecure lovers are who we are. We cheat, blackmail and trade threats sensationally.
Is there more to life!

The food arena was a cocktail of activities. The foodie people had so much to savor and taste including cakes, which was a category that got introduced this year. Enthusiasts in matters cooking and experimenting with contemporary cuisine techniques were busy outdoing each other, showing their skills in presenting legions of varieties of food from across the world and locally. Going by this year’s theme, the food festival showcased so much wealth of cultures and divergence that should rather be the norm than the exception in bringing us together and aid in defeating tribalism that has sadly penetrated in institutions of higher learning as well. The judges in this area had their work clearly cut out.

Just last year, the film students at Matiba University finished working on their much anticipated first major film, christened Chronicles of Cattle Dip which is a series of 25 episodes. Since the film curtain rolled on our screens courtesy of Syokimau TV early this year, it has gone ahead to win accolades locally and internationally. As a matter of fact, a selected team of 5 lead atheists will represent Matiba University (MUST) in this year’s Santa Barbara International Film Festival where the film has been nominated, to be held from July 7th in California, US. It was on such high stakes that the cultural week this year benefited from showcasing by the film students, on the behind-the-scenes of Cattle-Dip film shooting and scripting, and some of their new projects coming up.

Chronicles of Cattle-dip is a series depicting the mismanagement of a community facility and the leadership wrangles, surrounding the governing of a typical village set Cattle dip.

The rugby finale was such a mouthwatering game to watch for both lads and lasses for totally different reasons. While the former identified with it since its a man’s game to exhibit his physical strength and mental aptitude, the latter watched it to admire the biceps and the cubed chests that were rare to find along the school corridors. And if you schooled in MUST you either belonged to Black Bulls or Blue Sharks. That was part of MUST archaic heritage and socialization. There was no in between. The two bitter rivals formed the lion’s share of the school’s rugby team. And while Sly was a Black Bulls fanatic, Njagi was a Blue Shark diehard and on such a finale they had to bet and whoever lost would buy drinks next time.

The student magazine debuted much to the delight from all and sundry. It was dubbed MUST-Zone – a very simple and memorable name. The cover page was very catchy and youthful. It had a cover photo of last year’s Miss Matiba University, Miss Mwende in a well-fitting yellow jumpsuit dotted with red patterns matched with black high heels longer than Kilima-mbogo hills. Her pose was striking, crisscrossing one leg to the other, and so was her well knitted ponytail braids. Her left palm held on her illuminating sunglasses, giving a glimpse of her posh watch and glittering bracelets.

On the inside was an entire one on one interview talking about her highlights and strides as the institution’s winner of 2017 beauty pageant. Moreover, there was a very interesting article by Dr. Kiogothe on lifestyle and relationships. The article was titled Is Marriage the New Single! The writer did a lot of justice to the title plus the article was written with punches of humor and sarcasm. It detailed in length on the thorny issue of cheating in marriage and the role of side-dishes, and why they won’t just go away yet. My bet is that it will be a must-read column going forward.

At the Health Digest section; a writer penned down a moving article on the cold realities of FGM menace. She gave accounts of firsthand encounters with ladies and young girls who’ve undergone the grueling experience of having their genitals mutilated from middle class and very affluent households from the leafy suburbs of this country. That FGM is only practiced in poverty stricken areas, is a far fetched myth. Deep rooted secretive rituals are carried out in posh homes and by rich families as well, who have established connections with some traditions that have been overtaken by time. In fact according to the article, there was a worrying trend of people castigating FGM practice in public, only to advocate for it when the cameras turn away.

Madam Hamisi who is arguably one of the most highly regarded lecturers in Matiba University featured at a column named Know Your Lecturer where she shed light about how she beat the odds from a poor background in Coastland Kenya, where she was raised and bred to soar in her academia journey to be a holder of a doctorate degree in Mathematics at such a relatively young age. From the image in the article, her petite body seemed to be outshined by her big, infectious smile and her tall wardrobe of accolades.

But perhaps the main glitz and glamour came courtesy of this year’s Beauty pageant competion for Mr.& Miss MUST 2018. The walk away bonanza for the winners in each category was a trip for two to the Mara game reserve and Diani beach for a week as well as unmeasurable publicity all year long. Just before this main act of the night was modeling finalists showcasing different themes, which left the audience thoroughly entertained.  After the awards, a coveted MUST dj going by the name DJ Yokohama, took over the decks for the better of the night marking the end of MUST 2018 cultural festivals with popular music and revelling.

Next on Platte-Land series: Night Out