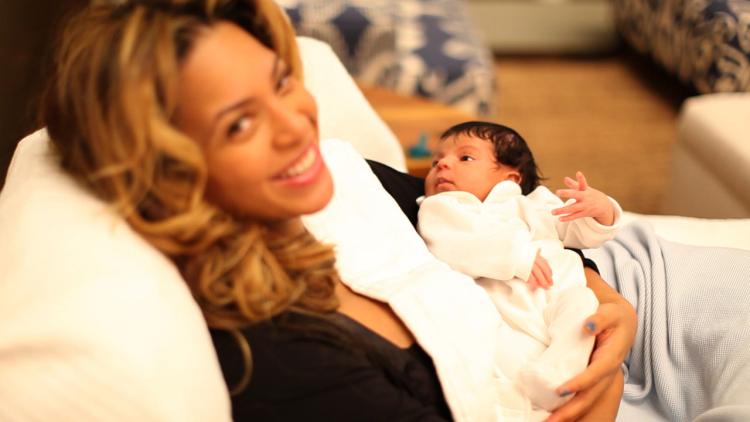 It’s all fun and games until labor contractions begin. By hook or crook of it, it gets evident that the chickens have come home to roost. That the day of havoc is alive and well. At this situation the baby is usually stretching off, armed with eagerness to breathe life outside the placenta. Speaking of which, the placenta is that place where everything is controlled from the atmosphere to the lack of harshness from realities like demos, teargas, cash crunch, frenemies, global warming, traffic, inflation, idle politicking, sanctions and blackmail. Besides, if hues and cries and piercing pains are anything to go by, a lot is left to be desired in the labor ward.

So, a day to the EDD your wife will confess to having craved for chips and since she cooks them so effortlessly, you’ll encourage her to let the unborn baby have what she is desiring, be it chips. And in a few, the table room will be filled with sweet aroma emanating from the kitchen where your wife and her bulging belly will be cooking for the baby and yourself, her last meal before she crosses the bridge to parenthood. Halfway the cooking, she will drop the long cooking spoon and run to you, holding her back with one arm complaining of a sharp pain. The impact of the pain will be enough to smoke out a bit of tear drops in her eyes and have her form a paranoid face. All this will happen at the backdrop of dawning labor pains that will have no clear recognition to first-timers. So anything close to pain will be enough to call a press conference and make a quick call to Eston, your cab guy. It will also be prudent to let the chips burn out in the kitchen as compared to handling the pain from your wife. Later, you’ll walk to the kitchen to serve what will have been saved from the savage of burning out. However, you’ll only manage to have some few bites courtesy of the tension building on.

Two hours later, the pains will have become more frequent at intervals of 30 – 40 minutes. By then, you’ll have consulted Doctor Google who will have it that the pains are called contractions. And that they’ll be signs of true labor if they come at a time when the EDD is expected. Upon reading that, your heart will skip with fear and excitement. The two feelings will interlock and do a Jaguar – Babu Owino fist out at your dismay. Further, Doctor Google will have it that, it will be highly important if one times the intervals of the contractions and probably, record them somewhere. The following will be the reason; For first-time mothers, true labor is placed when the spacing of the contractions is at the intervals of eight minutes while for the rest of the mothers, true labor kicks in when the contractions space in between ten minutes interval.

While you’ll gladly communicate this to your wife, she will have none of it and so will you. You’ll rather seek an interpretation from the nearest hospital in your list of options. What will follow will be you picking the small suitcase that will have ‘mother & baby items’ and place it at the doorstep as you make a call to Eston. He will not disappoint. At 11:44pm, he will have showed up at your gate. Both of you will make a brief prayer committing everything to the Lord and requesting for His protection and guidance in this uncharted path. You’ll walk out quietly, careful not to trigger any curiosity to your neighbors. In less than 10 minutes, you’ll have arrived at the hospital waiting to be attended. While at it, you’ll hear screams from the labor ward, of mothers pushing hard and cursing in equal measure. You’ll turn to your wife and pretend not to have heard the noise, just not to scare her further.

After an examination, your wife will be reordered to revert home as her cervix will have had zero opening and that the so-called pains she will be experiencing will be premature. In fact, the doc there will be like; “we need 10cm opening.” You’ll drive back home dejected, scared by what type of pains and magnitude to expect; wondering how your wife will handle them; bothered if that cervix spacing will ever be possible to attain and further agonizing if Eston will pick your call at 3:30am if the pains become intense and unbearable. No sooner you arrive home than the pains will drift closer together in intervals of 20 minutes. You’ll practically not sleep that night apart from massaging her back and persistently timing the pains and hoping hours ahead will speed up. You’ll miss daylight and all its safety.

At 5: 25am, you’ll have fully prepared and made way to the hospital again, this time not ready to revert back to the house without a kid in the arms. Luckily, she’ll be earnestly admitted and pronounced as to be experiencing true labor. She will be issued with those fluffy and oversize maternity gowns that will make her look like a Langa’ta Women’s prisoner. No pun intended. You’ll notice buds of fear placed at the corners of her eyes. You’ll try to ignore them as you whisper words of encouragement that in fact, will do little to suppress the fear in you too.  As that unfolds, her phone, as well as yours, will keep on buzzing from curious family members and friends eager to know if the baby will have popped out yet. While the calls will create more anxiety, you’ll advise your wife to switch her phone off and leave it to you, to convey the information as to when it’ll be appropriate. A friend of hers, actually twice her age will call you requesting to know if you picked a woman friend to help your wife as you embarked to the hospital. You’ll lie to her that you did so. As soon as you hang up, you’ll wonder how in the 21st-century husbands can’t drive their women to maternity wards in peace and in the company of nobody else apart from maybe their pet dog, one Poppy!

Not even your mother in law or your own mother will have the closest of information on what will be transpiring at this moment but instincts will be screaming something to their heads. While at it, you’ll stop the nurses along the way, humbly requesting to know the fate of your wife. Some will be receptive while others will be as cold as a club bouncer. The latter will have no feelings to let nor sympathize with your poor self. But there will be some who understand keeping up with a pregnant woman for nine months and overseeing all the hullabaloo and drama that comes with it, is no mean achievement. One such nurse will be Nurse – Angeline. She will have lots of things happening on her taste of hairstyle which will make her stand out anyway. Upon posing the question of the fate of your wife, you’ll notice her honest smile and reassurance even before she speaks. You’ll also notice the narrow gap between her front teeth that will make her smile more customized and memorable.

That evening, you’ll walk home to meet your house literally walking to you demanding to know how everything turned out. “Did the baby come?” the matrimonial bed will ask. “What is the gender?” the utensils will pose to you. “What is the weight of the baby?” The electronics will beg to know. The half-eaten chipos of yesternight will still be on the table mapping out what will seem to have been the most hectic 24 hours of your lifetime. Meanwhile, you’ll sit down and draft short messages conveying great news of the birth of your baby, a few hours ago, to people around you who seem to matter most. Before then, you’ll have called your mum as the first recipient of this privileged information and she will recite a gratitude prayer right on the other side of the phone conversation. She will be glad of her son, finally walking into parenthood while she is alive to witness it as it unfolds. To God be the glory.

By Day 2, your wife will have made lifetime friends from her hospital bed from the likes of Milly who despite losing a new baby born, will be a walking piece of inspiration. She will be extremely prayerful, overly kind and unbowed by the circumstances of losing a child. She will have coastal origins from her Swahili command to her plus-size demeanor. Then there will be sad stories of women who have braved marriage violence for their entire pregnancies. There will be more cold ones like of kids born with deformities and had their mothers take off leaving them at the mercy of the hospital. There will be some to extremely sympathize with; like of women who’ve endured bleeding from their fourth month of pregnancy compelling them to be hospitalized to the end of their gestation period; while others won’t deliver until their blood pressure stabilizes. Then there will be this slender, light-skinned Form two girl, admitted in the same ward with your wife. She will not have a child lying next to her. You’ll learn that she survived a rape ordeal, got impregnated in the melee and had the dignity of carrying the pregnancy to the ninth month. She delivered one and half years ago, an innocent baby boy. But why the girl will be back in the hospital is because she will have pains around her belly which in a few days ahead, will be booked in the theatre after it’s established if she has developed some tumor in her stomach, through an X-Ray process. Your wife will also have made friends with one woman who gave birth to 1.5kg underweight infant baby and got trapped in the hospital since the bill was too high for her and her family to settle. The last you had about it, it was way past sh.100,000.