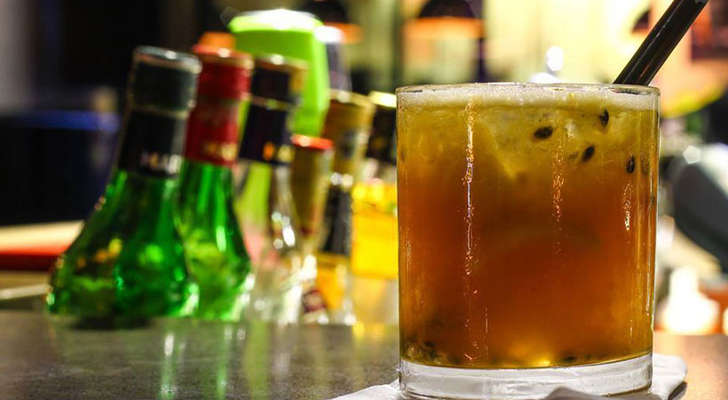 I can already predict Kageshi will not have kind words for this post. You know, she is not the type that encourages me to pop in a House of Noise as she would refer it. Where middle class humans frequent to watch the night pass, while imbibing toxic stuff and drooling at the rest of the souls for over 6 hours. Since the music sound is normally deafening, the following morning one wakes up with a husky voice as what transpires the previous night happens to be a series of shouts in the name of conversations. That said, the feeling is phenomenal especially when you check into a popular joint once in a million years. It feels great to observe all caliber of people from all walks of life checking in and seeing them metamorphoses to laid back zombies while some transform to wild guinea pigs in a space of three hours right in front of your eyes. Here you’ll bump to Mr. Githendo of Tigithi Butchery & Grill (Read Mutura). For those who don’t recall this chap, he was the guy you would call for delivery of a ka-half  (Half kg goat meat), right at your doorstep before you moved houses.

You’ll meet him at the corridor that extends to the washrooms at 12:01 am making his way out from the gents. He will insist on shaking your hands at this time of the night even after you are damn sure he will not have cleaned his hands. How could he get bothered by not washing his hands at this time of the night when the germs have long retreated to their camps so drunk or drained by the noise and the overwhelming energy from the patrons? Well, Mr.Githendu a long human being, with unkempt beards all over his cheekbones will have chained your worried hands with his tough palms. He’ll indulge you for five eventful minutes but also having to deal with an endless traffic of humans making their way to and from the washrooms occasionally tearing between you too unapologetically or stepping on one of you so casually.

A sigh of relief will join you however, as you make your way back to the boys whom by now will have joined the dance floor (They make bad dancers haha) but not after realising they are already ahead of you with three beers. You’ll clearly appreciate you can never catch up with them since you are such a light drinker. Okay I just made that up. There is no term as that. Yaani, you understand your body can’t just allow you to gulp alcohol all at ago like water! It will frown, rubble and protest. It will pull a CORD demo on you for 24 hours which can be embarrassing no matter how much teargas you spray it with. In your defeated situation courtesy of one Githendu, will wish them well and a safe journey ahead as they enjoy what 7 beers can do to a man who last tasted food a whole 10 hours ago. Meanwhile, yours will be to continue sweet talking your body to have it easy with this drink. On the sidelines, you will consume some considerable time chairing meetings with your stubborn Lungs and the moodless Pancreas and the Liver with its intimidating personality attempting to convince them whatever you are having for the night is not Kenya Cane (KC) or Kibao or illicit liquor that makes men impotent. Hell No. This is beer made by a company listed in the NSE…for crying out loud! It doesn’t deserve such contempt from influential stakeholders like the Pancreas and the rest. Surely!

Anyway, two hours down the line you’ll order for a kilogram of tender beef meat, ugali for three and Pilipili kwa ubali (A bit of pepper) certainly not for you. Interestingly, it will take another two hungry hours to be ready, meaning; By the time it lands on the not so spacious table, you’ll already have hired two lawyers and sued the waitress in charge of your table one Ms. Philomena and her sympathetic eyes, the Chef of the night, Chief Supervisor and the Man at the Decks for either causing confusion, engaging in lies, obstructing justice of your order being delivered, for exercising unprofessionalism in their line of duty and willingly failing to address your hunger. By the time the food lands, your stomachs will have stormed with anger leaving no space for meals served at 1:30pm. In fact the stomachs will have already cleaned the rooms (Intestines) and closed shop and checked out. By the way, you will also spend time wondering why a lady with name such as Philomena would wish to be a waitress. No pun intended. But Philomenas look like they work in courtrooms as judges or advocates or courts clerk. Is there a female kuyu by the name Philomena? Forgive me.

As you would guess, the night will not be short of more drama. A 29 old overweight boy in a usual oversize T-shirt and sagging pants will demand you create space for him and his girlfriend of two days which as you guess; his pleas fall on deaf years. He will curse the ten of you in that seat and walk out. That will certainly not raise your eyebrows apart from wondering what overweight boys and oversize T-shirts and sagging pants have in common. You’ll make time though, for some souls that will steal the show with their A game dancing styles. It will feel like the cultural festivals or you being Judge Ian where the dancers will try to persuade you indirectly to be their fan. Meanwhile, you will wonder where guys donning suits emerge from, at 2:29 am complete with a slim tie, hand in hand with a lass carrying along a waistline the size of a fist and high heels longer than the Fourteen Falls waters. She will have dressed in this free flow faint blue dress that will seem to flatter her toned belly but again giving way to vast hectares of uncovered grazing legs. You will let that pass and watch them in their drunken mood ordering for Heineken to stamp the night. They will have one each and crawl out with the same agility they came with.

There will always be the troublemaker who will sink the 10 page bill, hehe in his glass of beer. How smart! This will leave Ms.Philomena shivering with this unexpected turn of events. The troublemaker will scare his Bukusu girlfriend and the rest of the entourage before he gets whisked away by the mean looking, bald headed men keen to prove that they abide by the spirit of the contract they signed with the the management of this club.

Of course there will always be representatives from the Phony-Community parading their pricey phones and taking a thousand selfies. The imageries will make their way in the streets of social media in their infant stages of life at awkward hours of the night. Some of you will feature in this photos unwillingly but let that slip out. This community though, drools at their phones from the time they walk in to the time they walk out, a space of 7 hours. Worthy to note; you always envy the patience of their phones and the longevity of their battery life.

Happy hours and the beautiful feelings have a way of being robbed from the patrons by the likes of Ms.Philomena when they drop that bowl filled with bills and other intriguing features. This is always the time for soul searching, playing difficult and learning the art of reconciliation even if you didn’t see light of the day in an accounting class. One by one you will interrogate every transaction jogging your mind to have a screenshot of that order. By the time you are done, you will have sobered up and ready to drive home a very sober man scared to hell by whoever invented bar bills.

The next day you’ll remember jumping to Ali Kiba’s new jam Aje, how so! And passionately dancing to Unconditional Bae by Sauti Sol with such vigor. Actually, you have never thought of yourself that fit to go down in those dance moves for some minutes. You will also have wondered why Hip hop music feels exceptional to listen to in these places than in your digs! Is it about the beer?

2 thoughts on “WHAT TYPE OF A BAR PATRON DO YOU MAKE?”