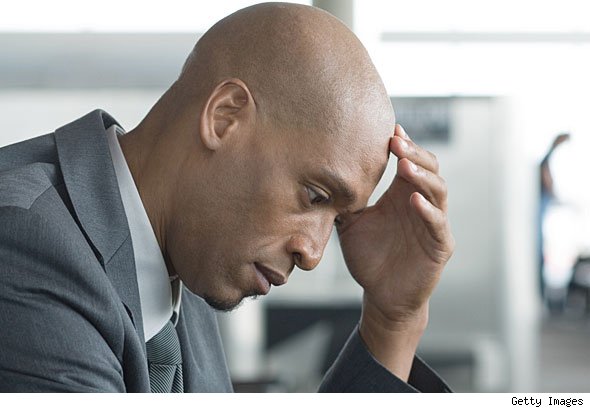 That man is under serious s-i-e-g-e and crumbling faster than we thought may seem far fetched, however it is consistently being affirmed by daily scary statistics that bombshells anyone who cares to read between the lines.

Is man under a crisis? Yes. If we would measure the anger levels at the family level, it would shock you. We are angry and frustrated by so many things, but women seem to be leading the pack in throwing tantrums. From the look of things, they are not ready to sit down and have a conversation with man’s mediocrity and failed leadership. They are exhausted with stomaching facets that represent a man in deep crisis.

If our ancestors would resurrect now, they would immediately die again in shock. They would curse the so called men and their Maendeleo of Wanaume nonsense, for being nonstarters, complacent and weak. They would hurl their anger at the man’s kingdom for sucking up in cowardliness. They would blame the modern man for his feeble leadership styles and even go a notch higher to draw a sharp contrast with what happened then and now. If your grandfather was born in early 1900’s or earlier, I’m referring to him. A case in point, my grandfather was born in 1906, died 90 years later; aged, with a wrinkled skin, weathered body but not without a loud and solid legacy. He evoked awe and respect even on his deathbed. Rest in peace, Thuku Gathara.

What I’m I try to say? That the soaring number of men battered by women, is resulting from man’s very undoing. The fish rots from the head, as they say. Meaning man being the scion of the society owes everybody else an explanation as to when he will drop his nonchalance. Man cannot and should not play the gender card for being battered. No man deserves to be battered by a woman and if that ever happens then he doesn’t deserve to be called a man. Women never wake up and toy around with the idea of battering their men. They beat the betrayal of expectations. That said, no one should assume I’m trying to justify husband battering. My point is; the chicken have come home to roost. We are being reminded, that as men we have failed to live up to the expectations of the society.

Men have shown weakness and women have taken advantage of that. Meanwhile, while man is crying foul blaming women empowerment as his source of havoc, he still fathering a fatherless generation. And in anycase, where was he when the woman was being empowered? Why didn’t he agitate for the boy-child empowerment as well? The sight of a battered man should remind men that they have failed miserably in their quest to lead and steer a generation.

The future looks grim going by the statistics. To add salt to injury, the society is churning out very weak men who grew up with complacent dads who once in awhile slept in wet trenches drunk and buried by a myriad of irresponsible behaviours. We are dealing with a man who has abdicated his roles and assumed all will be well. Man has become ambition-less and too selfish. Actually what is hurting man today is his selfishness. That’s why he spends all his earnings drinking from Monday to Monday. While the poor man is dying of chang’aa and other illicit liquor, the middle class man is dying of mainstream alcoholism.

Consequently, the woman has repackaged herself and out of no options, has been forced by nature to fill the void. That’s why you spot many women playing the man-role; Being providers and family leaders. Man has sunken in his hollow and dimly lit dreams. The reality is, legions of women are raising families single handedly. What is more shaming than that?

The thing is, I’m worried and very sympathetic with the future. I’m shaken by what stories our sons will grow listening to. I’m doubtful if man will have manned up. How weaker will he be? How low we he have scooped? You see, not wealth nor class defines a weak man but his degree of upholding values and taking responsibilities. And by the way, a man is judged by his legacy, his provision ability and his family leadership style. Every man must walk to the measuring scale and be judged how manly he is. Them that invest and show concern about their legacies, who work hard in life to put food to the table and dare to hold their families in one piece, certainly have no symptoms to be battered by their wives.

Men must live under certain realms not only to satisfy societal expectations but also for the case of proving they contributed something small to society’s civilisation before death plucks them. According to sociologist Steven L. Nock, a man must live under the principle of creating more than he can consume. This is basically living well aware of the fact that our kids and grandkids will judge us critically with what we accomplished or didn’t. In that regard, they must shape up and be counted as gentlemen. They must leave indelible marks that coalesce around adding value, power and strength to a society. Our eulogies shouldn’t be decorated by adjectives that feel out-of-place and detached to the persona.

It’s therefore sad if the contemporary man can be bothered with if or when he will ever be battered by his wife. Now, to those battered outside of what I have alluded above, then that’s an isolated case which should be treated as such. Otherwise the bigger majority are being battered due to their slackness, laziness and failure to man up.

“Our forefathers had civilization inside themselves, the wild outside. We live in the civilization they created, but within us the wilderness still lingers. What they dreamed, we live, and what they lived, we dream.” -T.K. Whipple

Have a reflective Easter holiday!