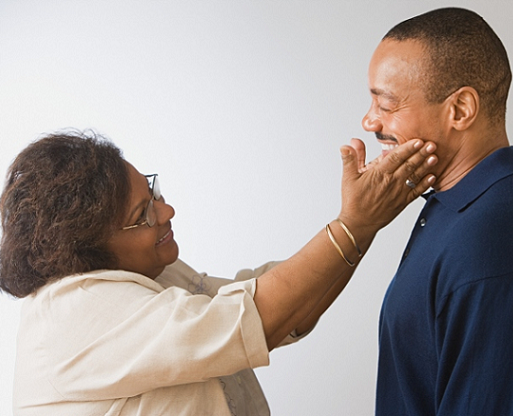 Mama’s Boy has always been a hot-potato-topic loved and loathed in equal measure, one that is too sensitive for many writers to juggle with, that pierces through what we hold dearest to, compelling us to be on either side of the divide. You are either a mama’s boy or not. It is as clear as black and white. There is no middle ground or consensus in this. Sorry.

I’m not sure how I will fair but while at it can I throw a disclaimer? There is nothing personal in here apart from much respect to all the incredible MAMA’s out there.

Did you know six of every 10 Kenyan women are likely to be single mothers by the time they reach 45? The research by Prof Shelly Clark, an associate professor of sociology at Canada’s McGill University, and Prof Dana Hamplová from Prague’s Charles University and Institute of Sociology, also found out a Kenyan woman is more likely to be rendered a single mother by bearing a child out of wedlock than other, more unavoidable causes, like the death of a spouse or divorce. The alarming figures are one of the highest in Africa, mirroring the quickly changing dynamisms of Family in the country. A man’s roles at the family level is slowly being dwindled and riddled by reckless behaviors meaning many women are opting to raise their kids without the baggage of an irresponsible husband/dad. Moreover, faced with an increase in Female financial muscle, a good number of women are opting to go it alone in this whole family idea.

That said, where does it leave the boy child? What are the consequences of a child raised by a single mother be it from controllable or uncontrollable reasons? To some extent it disadvantages the boy child to the extent that he is constantly fed with how his dad was incapable, irresponsible if not unambitious or one that missed in action.  This boy grows with a very negative attitude of his own gender and tending to hold highly the role of the other gender.  Allow me to focus on the disadvantage of such a background for the sake of this article. That does not in any way water down the role of the female gender in bringing up a family.

That brings me to my point;

We are a society that is churning out legions of men who have never had an intimate conversation with an all rounded, mature man. The problem with that is, the boy child upbringing is hugely predisposed to one gender meaning the boy sheds off or even fails to attract manly attributes. Like appreciating the buck stops with him in matters family stewardship. Not getting to know the difference between crying and over-crying. Or rather, that signs of being too emotional are considered unmanly. Not learning early to tie a tie or how to skin a goat – Your dearest mum will never teach you this. Or how to jump start a car and that love is stronger than muscles……and how to be a gentleman. Neither your mum nor your aunties will ever help you in learning the ropes of being a gentleman than a father figure.  Remember you can’t give what you don’t have. They say baggage in baggage out. We are what we are predisposed to. Period!

That said, it’s one thing to passionately love your mum and to have her, love you back overwhelmingly and it’s another thing for her to overshadow your life in the sense of her approving every decision you make. Talk of lads who will not speak two sentences without mentioning their mums. These are the same fellows who will have a problem with their spouse’s cooking style, or type of lotion she applies if does not match that of the mum. No pun intended to mums though.

I strongly believe a man must chart his own trajectory at some point in his life. Where he will come to the realisation that, it’s okay to reach out to her when life becomes over bearing but also appreciating it’s not her role to sort out every challenge in his life. The sad reality is, the society is churning out quarter baked men who cling on a family’s heritage if not idling around waiting to bequeath what their parents toiled hard to acquire. It’s even despicable when you are 30 and bearded, battling an oversized belly, a receding hairline and unashamed attitude, wagging your tail home to pester your mum for not ensuring the house servant counted you for dinner or harassing her for not giving you money to fuel your car that she bought for you.

I’m talking about men who refuse to live independently.  Who still need motherly wings to cover themselves from the harsh life.  Blokes who can’t make a single decision without consulting their mums. Men who take advantage of the politics between their wife – mother in law relationship for their selfish gains. Of married men who back-bite their wives from A to Z from her bad breath to her poor taste of clothing forgetting there are married to their wives not their mothers.

This is beyond a caving mess that has me so infuriated. Saddening because it has become an all too familiar game that has risen and fallen, re-emerged, buried alive and at times refused to die or just fly away. Stubborn life stories that leave one disoriented, mad and tempting one to go uprooting these heinous men teeth, gouging out their eyes and hammering their heads hard enough until they shed off the unmanly attributes.

Bottom line: My Man to Man Talk has it that, as men, we have failed miserably and must come to peace with that. We must also resolve that we will not mould our sons to be quarter baked men. Otherwise that will be an injustice to the posterity generation. That we will dare to see beyond our Mama’s horizon. Whereby, we will be bold enough to make them believe in our self made dreams.