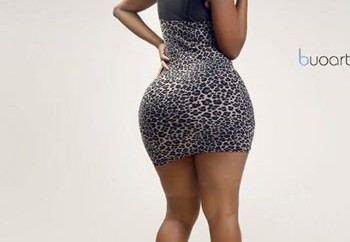 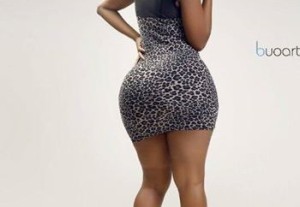 God forbid one of this days your small niece, cousin or granddaughter will not innocently tell you, “I want to be a socialite when I grow up”. Its the newest career in town, especially for the ladies ‘who lead from behind’  quite literally, in other words the well endowed and ‘bootifully made’. These are ladies who will leave every normal man tempted to ogle even when in the company of their other half. Since Kenya is a country of counterfeits, some ladies will go all the way to have fake butts at whatever cost, after all, its very hard for anyone to differentiate a fake from the ‘genuine’. That’s a must have asset in the world of socialites game, in a fast growing industry which ostensibly transforms a lady from sheer oblivion to stardom.

Who calls the shots in this lucrative industry at least in Kenya, well, very informed sources tell me Corazon Kwamboka is the most valuable and envied woman by Kenyan males having outpaced the infamous Vera Sidika even after heeding to Kimaiyo’s orders by removing her tint, and the rest follow. 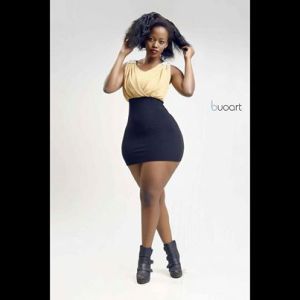 The list grows every new day, in fact this week, I happened to watch in the news, a self confessed lady from University of Nairobi publicly admitting she only dates older men. Thanks to fat bank accounts of the said men, this lady and many others manage to afford affluent lifestyles in and out of campus as their parents probably in up country are oblivious of the on goings and would likely attribute all these monies to a good job.

In international circles, Kim Kardashian is the most popular socialite. She actually launched her career by leaking a sex tape with her then boyfriend Ray J. This is the same lady who broke all the records by divorcing a basketball player after 72 days of marriage. This is precisely what we call first world problems. In my opinion, the second ‘global socialite’ can only fall to Rihanna, she will attempt to push the envelop in matters dressing in all her public appearances. This is a celebrity who will pop into a party dressed in hardly anything if its not a transparent dress. Two days ago she stole the show when she attended CFDA awards in a see- through gown, no bra and nothing else but a petite inner wear. The annual event is held to recognise outstanding contributions made by fashion gurus in America.

So how does one become a socialite in Kenya, for starters, get in touch with a popular blogger, have him or her leak a fake story about you, linking you to influential personalities from politicians to celebs in all dirty activities especially sex escapades. Social media is always hungry for such fodder, after the reactions rise and fizzle, circulate semi nude or nude images all over the internet. Let people vent their anger on you and throw tantrum from Twitter to Facebook and hopefully wish it trends for some weeks. Finally deny deny deny, throw a blanket condemnation to all bloggers for prevaricating the truth, mud-slugging your beautiful name and family to unnecessary anguish, blame them for all the malicious fabrications, innuendo, distortion of the truth and primitive tendencies. That is a career launched, Kenyan style.

Which void are socialites filling in Kenya? The most important component of an ideal society is the family, and unfortunately its crumbling everyday. Good parenting have gone to the dogs, good values have been replaced by vices, our priorities are now upside down, money is toppling every virtue endeavoring to survive. Churches are the worst hit, a good number of pastors are molesting, defiling and exploiting the congregation left, right and center. Normally in such an ambiance, evil will prevail and society will embrace it overwhelmingly. Socialites are just an extension of whores only that they do it ‘professionally’ of course with a good marketing strategy carefully targeting a particular niche and clientele.

One thought on “THE WORLD OF SOCIALITES”