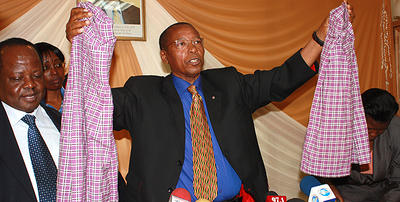 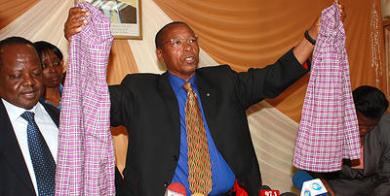 To many Mutula was compassionate, humble, humorous, disciplined, hardworking, diligent and a shrewd time keeper but to some he was arrogant, flamboyant, witty, impatient who made his fortunes during the KANU era.

Mutula was revered in legal circles since he was an accomplished and decorated member of the envied senior counsel, a successful politician by any Kenyan standard who has left an indelible mark in public service where he served for only 10 years. One thing I will fondly miss him for, is the way he seized every moment to articulately quote the constitution. I recall when he was awarded the Justice and Constitutional Affairs docket, a group of civil servants were skeptical whether he would perform based on his past as ‘president’s lawyer’. The late Mutula had one answer for them, “judge me by my future and not the past” and he lived to be one of the most outstanding ministers in that docket whose climax was overseeing Kenya’s new constitution in 2010.

Surprisingly and unlike many politicians, Mutula was all rounded, from a conservationist, fitness enthusiast, avid reader, polished lawyer, grounded christian, available politician to a family man. He was a teetotaller, early riser and a walking encyclopedia as far as the constitution is concerned. If there is something he dearly believed in, was his conscience which he equally defended vigorously.

His flaws would be as a result of being maverick, outspoken, and immense courage which more often than not unsettled friends and foes. He dared many a times to take the unpopular way. We will vividly remember his stand on ICC whereby he categorically said it was wrong for President Uhuru and Deputy President Ruto to vie for presidency without having first cleared their names, in the end he was moved to Ministry of Education. Similarly, in this docket he shocked many when he defended high school girls from Rwathia Secondary School in Murang’a after the school administration had abolished dressing in above-the-knee skirts.To add humour to the controversial stand, he implied society should celebrate beauty of youth, embrace modernity and stop prudish mentality of dressing girls like nuns.

Mutula loved nature perhaps because he rose from dirt poverty where he would walk to and fro school barefoot in the beautiful contours and hills of Kamba land. Apart from the wild animals he reared in his ranch, his house was grass thatched, inside it had paintings of the village he grew in.Moreover, you could never cut a tree in his homes, that was a ‘cardinal sin’. Am told he loved unwinding over the weekends on the indigenous trees which had fallen due to old age.

Mutahi Ngunyi summarised it this way, “a missed revolution has a way of eating up its children.In 2008 two ODM MPs died.” My prayer is that speedy and comprehensive investigations will be done to clear the air from the increasing speculation over the cause of his death.To his close family members, relatives and friends may the grace of God be with you. Mutula, may you rest in God’s love Amen.